I went to one of those really nice traditional schools for O’ Level. We had twenty two compulsory subjects in Senior One and Two, I’m guessing that was their payback for letting us grow our hair long and not allowing students to get beaten. That seems like a small price to pay until you find out that Physical Education was one of the subjects. You haven’t seen shit until you have to draw a lawn tennis court with actual measurements – go for happy hour instead of trying to argue otherwise.

I will know that I have achieved success when I can make money without physically being in a room from 8am till 8pm (6 days a week) to earn it, so needless to say I hated P.E classes. Because of how it’s set up, you needed to be there, physically. As if that was not enough torture, the teacher always selected individuals to lead teams, and said individuals got to decide who was on their team.

I remember it like it was yesterday – poor me standing there awkwardly, pretending not to be bothered by not hearing my name as the team selection process went on. I was usually chosen last unless a team needed cheerleaders. Anyone who knows me knows that I can talk/shout myself out of anything. I don’t even blame the team selectors, I don’t have good eye-hand/leg coordination and we all know that’s what sports is all about. That doesn’t mean that it didn’t hurt.

At the time, I told myself to hang in there because it would be over after two years. But anyone that has tried to get a job knows that the team selection process never really ends. At the end of the day, we just want to be on the team.

There’s a really sad image that has been doing rounds on social media. It’s of children dressed in construction work gear assembled for a briefing because getting a job requires many many years of experience. That’s what it has come to.

In theory, the image is quite funny but the fact is that is our reality – a joke.

I am not an employer, so I obviously don’t have a lot of any insights on the subject but I am curious.

Is experience really that important? If yes, how come this is not evident 90% of the time? I have worked with people that can only share their LinkedIn profiles when asked where they were before they got their current job (yes, the list is that long), but are nothing near what is expected as well as those that have had longer relationships than a job, and the latter was more important to the job. If no, why then do you insist on including it on the job qualifications?

Is a certain level of education really important to a job? If yes, why then is there high frictional unemployment (half of the people I know do not work in fields that they studied)? If no, why even bother including it among the job qualifications?

Half of the time, there is no one that meets the qualification of a certain position, but most of the time there is someone in that position. I think I am getting a headache, all of this is too much for me to process in one go.

If anyone asked me how they should go about the employment situation, I’d tell them to aim for Trophy wifism. Well that’s what I am crossing my fingers for anyway – I think the odds might be better. 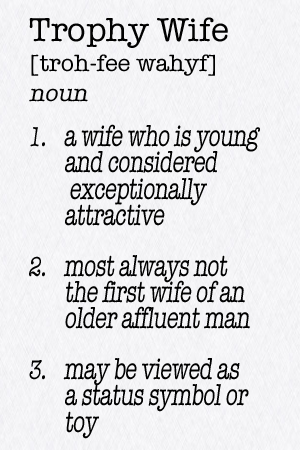