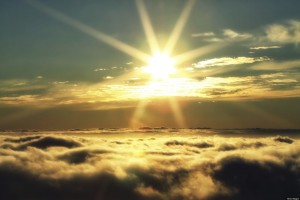 Belinda wiped an imaginary sweat off her brow as she checked for the time; it was almost time to pick up Daniel her 8-year-old son from school.
She hated that she had to close the shop early on week days because she couldn’t imagine how much revenue she lost every day but she would be damned before she risked Daniel’s education. Having had him at the age of sixteen, she had had to drop out of school and her life was not the kind that she wanted for him. She would do whatever it took to make sure it didn’t end up that way.
Daniels’ father had been a teacher at her school and when she found out that she was pregnant, she had told him. His reaction had been cold, and that’s putting it lightly. She would not let her darling son turn out to be one of those men; who didn’t take responsibility for their actions, who preyed on girls who were young enough to be their daughters, who ruined a girl’s future without thinking twice about it. When he was old enough, she prayed to God that she would find the strength to explain to him what happened and if she did it right, he would be strengthened by it and not dwell on it as something to be ashamed of.
Being a Friday, Daniel would be so excited for the games that happened every weekend that it would be almost impossible for him to get adequate sleep. She loved that he got along well with his peers and that the adults in the community mostly had good things to say about him, well because boys will always be boys.
Being accepted in the community and feeling that you belong always goes a long way in shaping one’s life and she wanted Daniel to have that.
The only thing about the Saturday community games that bothered Belinda were the consistent questions about when she would be having more children. It didn’t seem to matter to anyone that she couldn’t afford another child. She knew they meant well though so she didn’t hold it against them, regardless she was glad that the man in her life understood the need for child spacing as they worked on increasing their sources of income.
She shook her head when she realized that she was doing it again; her mother still scolded her whenever she visited because it was always easy for her to get looped into one daydream after another. The way she saw it, dreaming was a good.
It’s her dreams for Daniel that kept her going no matter what, and from where she was standing that was all that mattered.
Image from google
A dark alley
A rock Vs a hard place
Views: 1