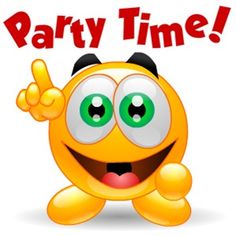 There is ALWAYS a party ‘happening’ somewhere; if you don’t know about it then you didn’t make the cut which means if you want to always be on the guest list, you need to make some changes (friends, personality, finances, something)
The party scene in Uganda is the kind of thing that might make one begin to believe that sorcery does exist.
Last weekend I was in Jinja for the Nyege Nyege International Music Festival, and although there were a number of reasons that I might not have gone I ended up going. I don’t think we can still blame FOMO for the way things are because there are times when there is no incentive whatsoever to cause fear of missing out. People still fall in all the same.
Like clock work.
The party scene is so retarded that people will attend events where they are sure that they will not have fun, end up not having fun and still go out of their way to make sure that they attend the next one (Hi Blankets & Wine and Kwivuga).
Here is the billion dollar question; where do the people that are always partying get the finances to do so?
I know it might be a while before it gets answered so I have a million dollar question; for how long will Ugandans turn down for what?
Don’t get me wrong, I love me a good party like the rest of you but sometimes I can’t help but wonderworry.
Being that this is the current state of things, there’s five categories of people that you need to stay clear of (NO matter what it takes) if you are to get out with some semblance of sanity;
1.    The ‘lemme buy you a drink before you leave’ type: These are the worst type because by the time they are pulling this stunt, you might not be in the best position to walk away after that drink. Also they are known to buy drinks in twos or threes or worse. Also (the last one), some people simply can NOT walk away from free drinks.
2.   The ‘one for the road’ type: This one is slightly better than number 1 because they will not buy the drink for you. In fact they are usually hoping that you will buy the round since it’s your last and you’re leaving them by themselves so it’s the least you can do. That and the fact that they are probably only left with boda money in their wallet (if they have one)
3.   The ‘we’ll leave together but they never leave’ type: These ones are always promising that you’ll leave in thirty minutes and if you are not the wiser, the sun might rise before you leave. They NEVER leave when they say they will, don’t say I didn’t warn you.
4.   The ‘Shots. Shots. Shots’ type: If this is not obvious then cool story!!
5.   The ‘Come through, I’ll house’ type: If you don’t have money, you have no business stepping out. This is not to say that you can’t let people foot your bills however you need to have yourself sorted in case the person doesn’t show up, disappears without communicating and things like that.
When it’s all said and done, the party does stop eventually. Make sure it stops on your terms because this Uganda, there will always be another party!
Image from google
#UgBlogWeek Day 3: Thorns, but where are the roses?
#UgBlogWeek Day 1: Freedom, the 21st Century Joke!
Views: 0