It’s inevitable – the fact that I’ll die fat and alone.

Of course life is set up to sell us dreams, and watch us lose our minds trying to achieve them. Nothing else explains why I work out, ‘eat healthy’ and try out ridiculous diets from time to time. I know that I am doomed, but that doesn’t stop me from trying.

On some days – when I have completely given up and I am literally living off hotdogs and rolex, life decides to intervene. Because on my own, I can be a train wreck waiting to happen.

Coca – Cola recently launched its Taste The Feeling campaign (the irony of that is not lost on a fatso like me), and held its influencer launch in Jinja. As life (because what else could it be?) would have it, I was on the list. 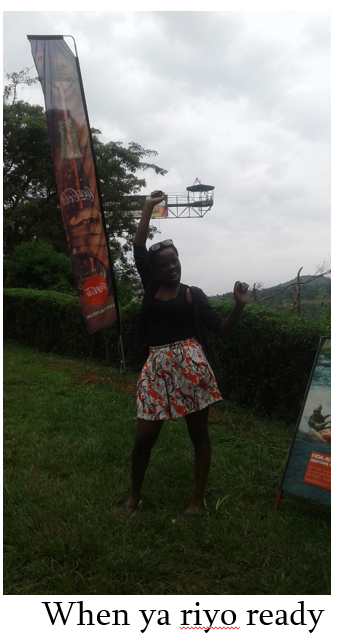 For the longest time, and I only speak for those in my era, Coca – Cola has been spreading quite a number of vibes – Open Happiness, Brrrrr, Share a Coke, Coke Studio, Coke Rated Next, COPA to mention but a few. The big guys at Global felt that even though those positions have worked well for Coca – Cola, the whole point of Coca – Cola somewhat got lost in the mix. The point of it all, the reason why people fell in love with Coca – Cola in the first place – its great taste. So they decided to align (don’t you just hate that word?) all markets in all continents and have a global campaign, which hasn’t happened in forever.

That’s how I ended up ticking kayaking off my bucket list, never mind that it wasn’t on my list to begin with. Like many adventurous activities, nothing really prepares you for the actual event. There is a guide who will assure you that there is nothing to worry about, which no one should believe really because they are only doing their job so they will say whatever it takes to get you onto the water.

Since water rafting is considered the “crazy” one, the guide will constantly remind you that kayaking is NOTHING like water rafting. And because you have been having one hell of a week/month/year, you will believe him. It doesn’t help when he has a fancy name like Jaime, and speaks with an accent.

The next thing you know it, you’ll be wearing a life jacket albeit wondering why you need it if there is nothing to worry about. It is only after you are surrounded by water, with Jaime constantly emphasizing that you remain in groups lest you end up in Egypt or Sudan, when you realize that you shouldn’t have got onto that kayak in the first place. That you should have simply been happy, taking pictures from above, of the risk taking lot and that truly you are not one of them. After that, you’ll wish you had paid more attention during the tutorial on how to stay above the water or what to do when the flow of the river is against you (whatever that means). 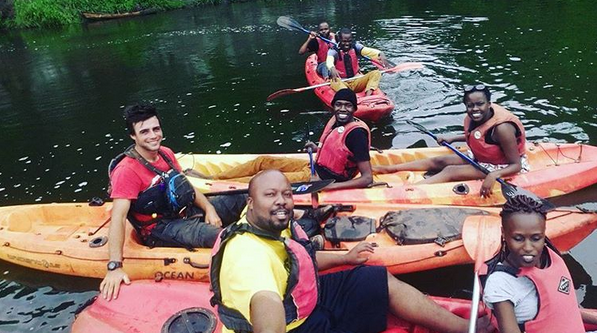 It is in that moment that you’ll remember that the paddle in your hands was not handed to you just for the InstaMoment, and you’ll begin paddling like your life depends on it. Because it does. You won’t think further than trying to stay above water, because really who is going to trust that all the crocodiles were removed years ago? Even the egg/baby crocs that were there at the time? Well good for you.

As you try to steady your arms, you will paddle away your arms as you try to remain in Uganda, because who needs arms if you end up in some place unknown to you? No, if I am ever to end up missing, it will be on my terms – Gone Girl style.

And that’s how you ended up with aching arms, and a sore behind. So much for trying to evade those work outs. I do assure you one thing, if you kayaked every so often, you might end up with those abs that you’ve been looking for most of your life.

After such an experience, all you really need is a chilled Coke, at the right temperature – and in that moment you WILL Taste The Feeling. 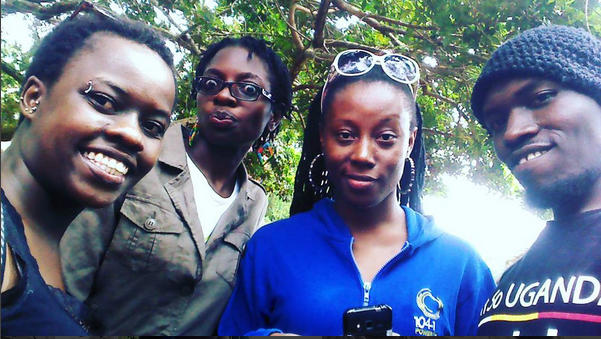