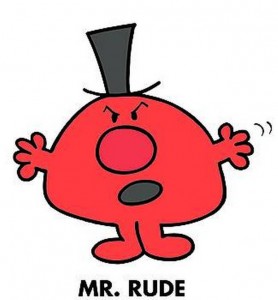 He is ALWAYS older than most people in the office. Old people can be such a pain. Obviously not all of them for example my cool aunt Margaret, but most of them are – a pain that is.

I don’t know whether it comes with old age, but must he be so rude? Everyone has a load they are dealing with however you don’t see them going out of their way to make life difficult for anyone that crosses their path.

May be it would be okay if rudeness was the only pain he inflicted, but NO when it rains it pours. He is the one that is always conveniently late when there is work to be submitted urgently, and don’t get me started on the times during pitch season.

He is life of the party, or so he believes so he must carry with him the evidence of all the alcohol that he drowned in the night before. How else, otherwise would you know that he is trying so hard to re-live his campus days. That by default means that you cannot rely on him to deliver on his job.

He is the one that notices when the bums of girls (over a decade younger than him) have grown bigger, or are nonexistent in the case of new of employees.

He has mastered the art of kissing ass, so much that he brags about it. Probably one of the few things he is really good at, no his job is not one of them.

He prides in his short comings, because they define him. He claims they are the reason he has come as far as he has – even though most people say that he is worse than he was five years ago.

Everyone’s business is his business – probably an art that comes with having been on this earth for a while.

When you meet him, you recognize that there is a reason for every season but you can’t help but wish that it is all a bad dream, and you’ll wake up any second.

He lives his life like hygiene is a luxury, when he can afford it then yes otherwise he is not too bothered by it. Granted what doesn’t kill you makes you stronger but some things almost kill you.

He acts like he isn’t paid to do his job so people mostly stay away from him, unless they don’t have a choice.

It’s safer that way, for the sanity of the work place.

Or more accurately, to make it through the work.