What does Christmas mean to you?

It’s the season to be jolly, or so they say. I am NO authority on these things so I have nothing to say.

The birth of Jesus Christ, the Savior of all mankind is around the corner and for some – this is a reminder of how they have not been good (because what else could explain not receiving gifts, year after year). For others, this is the time to spend with family (read go to the village and spend the entire time looking for spots with network to send that tweet) while for most it is the time to be away from jobs they hate so that they get to spend a lot of time with people they are not sure they like doing things that will leave them broke throughout January. What is life.

What does Christmas mean to me? I am not sure I know the answer to that question. For a while, it meant new clothes but adulthood took that away from me. There was a time it meant celebrating the fact that Christ is alive and the reminder that His sacrifice was for me. Somewhere along the way it was merely a break from everything. I think this year, Christmas is a bit of everything it has ever been in all my years in this world – and that’s a first. I am excited, and scared – which seems to be happening a lot.

Yesterday, I attended the Christmas Cantata at Watoto church Downtown and I couldn’t help but wonder, what does Christmas mean to whoever wrote the script? At one point everything was going according to the script as per the bible then it simply became a singing and dancing affair. I don’t know if someone who was watching the Cantata for the first time would have understood the story of the birth of Jesus. I didn’t get a chance to ask a few people.
It took me back to my time in high school – a nativity play was shown every third term, and I think the message always came through. Or maybe I was in a different place back then. It’s always difficult to tell with these things.
I played the role of the shepherd – I can almost remember it like it was yesterday. It was in that moment that I knew that being an actor was not written in my stars (also stars are so tiny from where I stand so even if it was written, I wouldn’t be able to see it).

No one should have to work in the week of the birth of the Savior of mankind (side eye to employers) but since I am at my desk, that is not the Christmas miracle in store for me this year.
Dear Lord, a unicorn would be lovely. 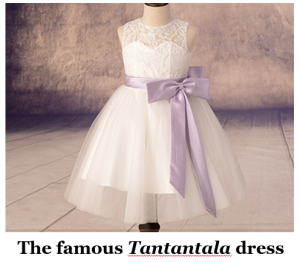 On the real though, what DOES Christmas mean to you?

Check out A SoulDeep Christmas http://soundcloud.com/moroots, Little Drummer Boy is my favorite.