Will you see it? 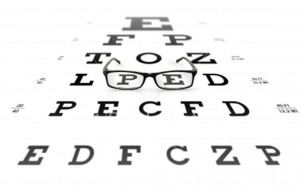 She knew that look; Dave always had it when he thought she was ignoring his conversations about religion.

It made no sense to Carolyn why it meant so much to him, it’s not like they were going to get married or something like that. This was one of those relationships that they’d both look back at and shake their head at how much time they had wasted.
He had told her from day one that things in his family were done a certain way, and her way was not that way. Dave’s guardian would never allow anything permanent between them and Dave would sooner kill himself than act against him. Carolyn was okay with that, it was probably what made him so appealing to her; knowing that they were doomed from the word go.
In the beginning, she had got into arguments with him about what people were doing under the guise of religion; all the hearts that were broken because of the ‘Katonda akuntumye’ situations, the people that were robbed of their property in search of a miracle be it a child, house, job, career you name it, the number of young girls who had been ruined by leaders in the church they trusted. Did they not haunt him even a little bit?; of course he would give vague responses like human beings face temptations and they are not a direct representation of the church.
Their biggest fight happened on a Friday morning on one of those public holidays no one remembers but everyone is grateful for; it was totally her fault because she should have known better by then…
‘What if there is no heaven?’
‘What do you mean?’
‘I mean, what if you die and realize that you were played and there is nothing of the sort; that you went to church on Thursdays and Sundays for 32 years for NOTHING?’
She had never seen Dave that angry, and she had done her fair share of things but this was the worst. There was mention of blasphemy and how the devil uses people to do his work; that was when she decided never again to get into ANY discussion concerning religion with him.
A part of her begrudged him of his blind faith, it would have been nice awesome to simply have faith, hope and believe but her life had stolen that away from her so long ago that she probably wouldn’t be able to pinpoint the exact moment even if she was at gunpoint.
‘Baby, I feel fatter than usual. Do I look fatter than usual?’ she called from the kitchen as she warmed their dinner.
That always did the trick; she grinned as she heard his footsteps towards her direction.
#UgBlogWeek Day 3: Thorns, but where are the roses?
Happily Ever After
Views: 0