Are you willing to do what it takes? 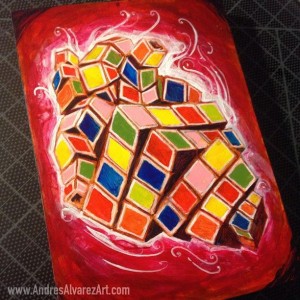 There are people in this world who deal only in extremes. It’s naive to think that anything less than extreme measures will stop them – Amanda Waller (Arrow)

This is one of my favorite gives-me-an-excuse-to-let-the-crazy-out quotes; Amanda told Oliver Queen this when they were in Hong Kong & they needed him to torture the shit out of a guy for information or millions of lives would be destroyed on top of the thousands that had been five or so minutes before the conversation began.
If you’ve watched any Amanda Waller episode you know that that chic has a face so stern it would have you denying your parents in under a minute, if that’s what she wanted you to do.
There are a number of issues that are going on in our society (from a family level to a church level to a village level to a national level).
Off the top of my head, I can list a few; poverty, famine, tribalism, unemployment, cyber-bullying, broken families, poor infrastructure, promiscuity, corruption, poor education systems, politics… Not so few because it looks like I could go on & on.
What would you be willing to do to ensure that people did not ever die from famine in a country that has adequate resources (if managed well) to at least ensure everyone goes to bed (under a decent roof) with a meal in their stomach?
How does it make you feel knowing that joining politics in your country is more dangerous than joining the army?
For a country without highly organized drug/ weapon cartels, how are you able to go to bed every night knowing that people are murdered on the streets and in their homes?
How are you able to ‘turn down for what’ every other day knowing that the existing leaders are using taxpayers’ money to sabotage any efforts of the opposition ever standing a fair chance to be in power?
How much does one have to collect in their ‘bail money fund’ before they are able to stand for what’s right?
What does one have to experience before they put their foot down to say that enough is enough?
I don’t think I am in a position to say things like this but as my bincu Sherlock says, ‘Doing the same thing and expecting different results is madness’ is where I am coming from.
I am not saying that everything that has been done has been a waste; in fact I applaud the people that have done/ continue to do what they could/ can. Thing is, we are still not yet there; far from it really.
I am saying that these rats will not be killed by the methods being currently used and we need to explore newer/ better/ more efficient/ more effective ways to achieve the goals.
I am tired of reading the same news, each day more depressing than the rest.
Until you are ready to dedicate blood & sweat 120% of the time I suggest that you don’t even give your 1%. This war will not be won by ‘glass half full’ mentalities, we are honestly way passed that.
Also there’s enough false hope going around, let’s not make the situation worse than it is.
Knowing all this, I am thankful to God for life.
Everyday more than the day before.
I am also thankful for public holidays!!
Happily Ever After
Views: 0