How I almost died at the Rotary Cancer Run 2014

Disclaimer: I did NOT almost die at the Rotary Cancer Run 2014
I had NEVER even considered participating in any runs or marathons because ‘I was not a physical person’. I wouldn’t say that has changed but the difference is I started working out earlier this year so how difficult could 5km be?*JK, I was out of my mind and my friend ended up registering us for 10Km. Talk about betrayal*
I don’t how I ended up actually going for the run/ walk because initially I was kidding. Somewhere along the way I figured what was the worst that could happen and either way my contribution would be made. My only prayer was that hopefully the funds collected would be used for the intended purpose. A huge hopefully of course because I know my Ugandie people are known for diverting funds.
For a while I pretended that none of this was actually going to happen until I got my vest and number, then shit got Real. I came to terms with my reality and even dared to look forward to the event.
When it is all said and done, this is one of those opportunities that chance upon us and if we are lucky we seize them. This is one of those greater good scenarios where for a small price, the impact is far greater than one man could ever  achieve on their own. It was guaranteed that my feet would hurt till kingdom come but lives are definitely going to be changed no matter how the money is used. Either the cancer ward is set up so that services are more available to those that need them *Yaaaaaaaaaaaaaaay* or the people discover sooner rather than later that there are things that need to be reviewed if there is to be success. I don’t know about you but this sure seems like a win to me.
I know cool people doing amazing work and the foundation’s slogan is ‘Be the change you want to see’. It is plenty difficult living in a country where most systems are a joke but like Mr. Rapper Singer says ‘Nothing changes if nothing changes’. A one Mr. Champion also talks about ‘Zukuuka, it’s time for action’ and the point I am trying to put across here and failing miserably is, I decided I wanted to do something about one of the many things that are a problem for the people in Uganda and I am glad I did although my legs probably have a different story to tell.
So in my mind, I did almost die especially when I found out while we were on Kiira Rd that the route was Mulago – Golf Club – Acacia Avenue – Kololo Airstrip front side. It was all I could do not to go crazy screaming incomprehensible things.
P.S: I am in so much pain but I would do it again in a heartbeat.  An awesome Sunday I tell ya! 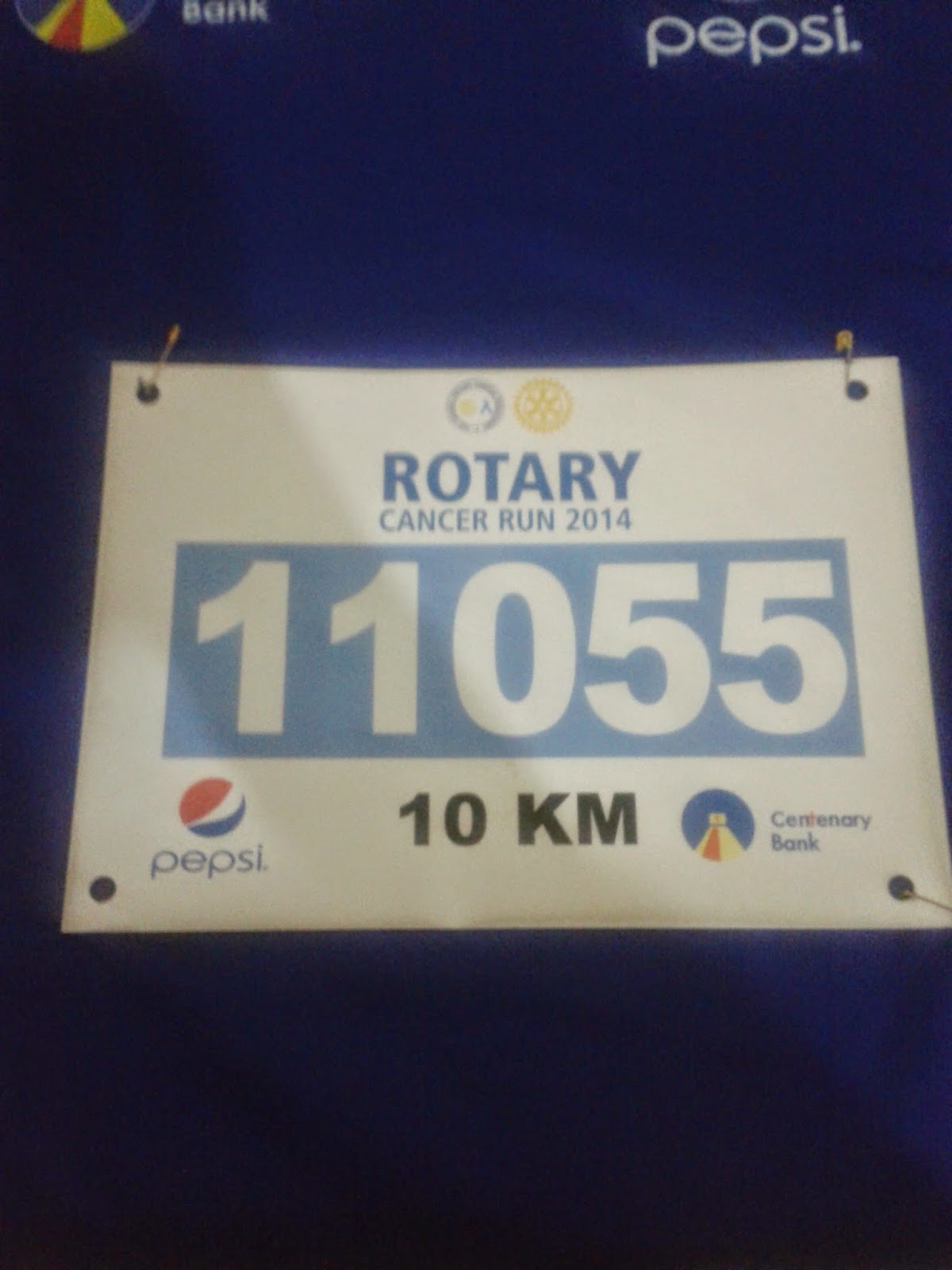 What I have learnt from watching 3 seasons of Supernatural.
.
Views: 0